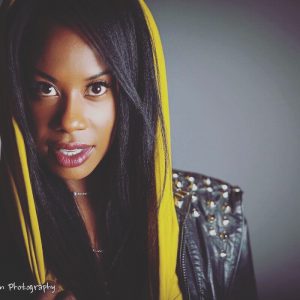 As a young child Fysah was nearly killed in a hit and run accident that took all of her mobility by putting her in a full body cast.  Her parents decided to take their then family of 9 from a fast paced city life in Seattle to pursue an organic farm-to-table lifestyle in Rural Texas.   No phones, television or radio, Fysah discovered her natural talent of singing by entertaining her parents and siblings.  The encouragement she received from her late Mother to “keep singing no matter what” sparked a passion for music that thrived even in a completely off-grid upbringing.

After finishing most of high school in Texas/Oklahoma Fysah was inspired by Seattle’s iconic music history and returned to her birthplace to pursue her own dream of music.  She recorded her first album with the band 12th & Vine titled “Satisfied”, learned to play guitar and laid the groundwork for 2 additional independent albums in the Soul/Pop genre. “Black Cherry Crush” and “How Lucky”. All the while she continued writing music and traveling the globe performing for thousands of music lovers everywhere.  Fysah released her newest EP  “Another Life” on March 4th, 2017.  This EP brings Soul back to an electronic world. Produced by Deelyle (www.deelyle.com) this collection is a break from the norm. Every song takes you on a different ride of emotion: urgency, captivation, disaster, Love and letting go. This breakthrough artist and collection of music is a must-have on the electronic charts.