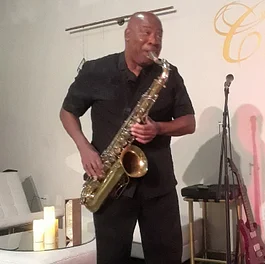 Sam Chambliss has been performing music for a lifetime. During the early years he performed with the likes of Quincy Jones, Sammy Davis,  James Brown, Cameo, Spryo Gyra, The Ojays, Tower of Power, Gladys Knight and the Pips, and George Duke. He has performed in Los Angeles, Sacramento, Seattle, Tacoma, Vancouver, Victoria, Calgary, Regina, Winnipeg, Toronto, Quebec City, Montreal, Tokyo, Boston, and many more. Sam has produced two CD’s under the name MISTER C but this time he decided to use Sam Chambliss as MISTER C. This third CD is called A DIFFERENT STANDARD. Sam is featured as the vocalist, instrumentalist He performs on keyboard, flugelhorn, saxophone and of course he is the arranger. After 30 years in education Sam had contemplated going on the road again. Then of course the pandemic hit and he has not been able to live out the dream. But life goes on and he intends  to perform with a high-energy hip-hop vibe.