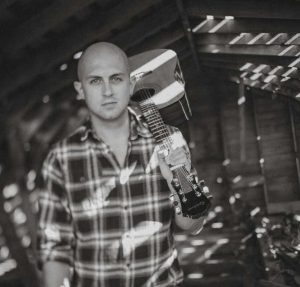 For an eclectic mix of blues-rock with a rootsy blend of folk and country, come hear Portland-Born Singer-Songwriter and Guitarist, Cameron Ferguson and his band, The Son Dogs. Cameron has been playing the Pacific Northwest for over ten years, honing his voice and unique style. Influenced by artists as varied as Led Zeppelin and Jimi Hendrix to the Lumineers and Chris Stapleton, Cameron loves to surprise his audience with twists and turns in genres and to share his love of music with everyone he meets.